The general attitude among students towards learning is an attitude of dread. Lectures are usually boring and so are many of the textbooks. Very few students actively want to learn. Given the choice, most of them will prefer spending all their time playing games or watching TV instead of doing their homeworks.

It’s not completely their fault though. Most lectures, textbooks and homeworks are, in fact, just too boring!On the other hand, Hogwarts---the magic school from the Harry Potter novels---seems to excite the kids a lot. If asked to redesign their school so that it becomes more enjoyable, they might just make it more like Hogwarts.This is also quite understandable. Hogwarts is a magic school, for god’s sake! They teach you to do magic in there! If you learn a course properly, you can show off your skills by turning your friend into a rat! The skills you learn at a magic school are immediately applicable to your daily life---the things you really care about. Stuck in traffic? Just take out your broom and fly over it. Want to know what someone is thinking? Just use the spell you learned in Mind Reading 101 and read their mind. Want to listen to some private conversation? Just wear your invisibility cloak and stand right next to where the conversation is happening. 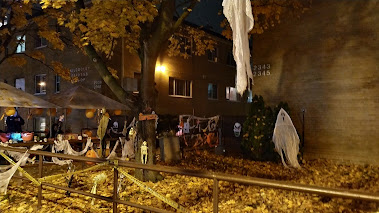 Translate in your preferred language